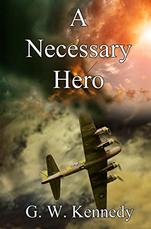 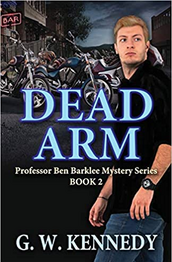 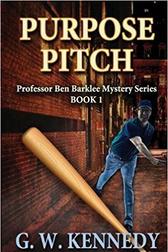 As a favor to a fellow faculty member, Professor ​​Barklee takes on the case of a missing "marriage detective."  This seemingly straightforward job morphs into a web of disappearances, big-money drug dealing, and crooked cops--all orchestrated by Chicago outlaw bikers ready to kill anyone in their way.

Published by Taylor and Seale​ Publishing Company, 2018.   Available from Amazon and Barnes & Noble.

Chicago, 1942. Can a reclusive and cynical factory janitor prevent the IRA from changing history?

With U.S participation in World War II getting underway, John Mackenzie Simmons III “Mack” is in a difficult position. His draft status is 4F. He has lost an eye in a drunk-driving accident two years earlier, transforming him into a self-proclaimed “one-eyed freak.” The driver was Mack’s best friend, Thomas Kilkenny. After the accident, Tommy suddenly joins the US Army Air Corps, becoming a skilled pilot of a B-17 bomber. When Tommy dies in combat, Mack’s wealthy and powerful father wants to make Tommy the war’s first American hero to help promote the war. But first, they have to know if Tommy’s father, a corrupt Chicago alderman, is involved in criminal activities hampering the war effort and won’t stand up to scrutiny. Mack’s father orders him to find out. But as Mack digs for the truth, he uncovers much more than Mafia connections, stumbling upon an IRA plot that could change the course of the war.

Published by Black Opal Books, 2018.  Available in paperback and ebook versions from Amazon and Barnes & Noble.

​Professor Barklee leads a quiet life teaching Dickens at Ridgehaven College, a.k.a. "Dropout U."  One of his wealthy students, Jane Macalester, a Senator's daughter, goes missing.  Unwittingly saving her from her captors, Barklee becomes a hero and eventually a licensed PI.  After Jane goes missing a second time, our fledgling private investigator must leave the posh North Shore for the precarious streets of Chicago.